How I found courage and community (and a big announcement) 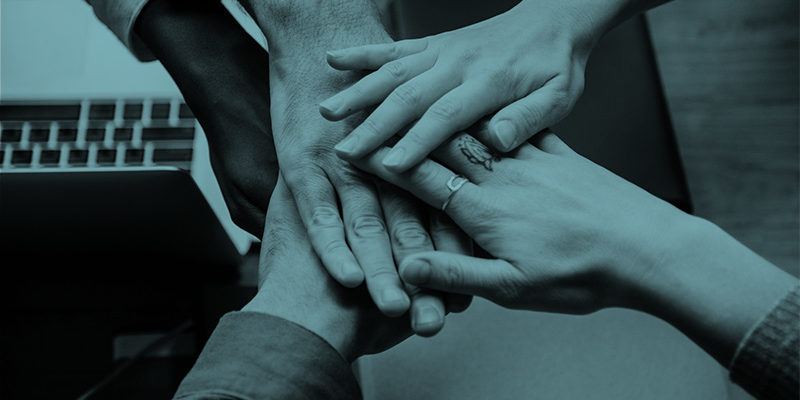 It wasn’t the 2016 election that helped me find my voice.

Six years ago, I walked 500 miles across northern Spain as a pilgrim on the Camino de Santiago. It was a life-changing experience. In fact, my work today advocating for democracy and decency is possible only because of it.

Initially, I set out to walk the Camino alone, assuming solo was the best way to do it. But the richest, most profound moments were shared with fellow pilgrims from all over the world.

When I tripped and fell onto a cobbled street, pilgrim friends lifted me up. When I got sick, a kind pharmacist diagnosed my illness and helped me heal. When we got lost, the Spanish people called out from second-story windows and pointed us back on the path. I was wrong in thinking that alone was best. Being part of a community was a gift, and it changed everything.

I learned about bravery three years later, when I returned to walk the same path in reverse. One Spanish man jokingly called it el camino del salmón. I was the sole pilgrim going east past hundreds of people going west. For some, I was a curiosity, a source confusion or delight, but others were angry because walking to Santiago was the right-and-only way. (Have you ever met people like that?) It was jarring.

After a week of defending myself, I stopped giving so much weight to others’ opinions or caring about their approval. Deep inside, this was the right path for me. Claiming it gave me a new sense of strength and courage. I became brave in a new way.

The experiences of learning about community and bravery on the Camino has been what allowed me to start the Americans of Conscience Checklist and persevere when it’s been hard. Before the 2016 election, I was timid and hated discussing politics. No longer.

At first, I thought I was alone in my fear of and objection to this administration’s plans. Now I know we’re a community—you and all 75,000 subscribers, our allies, and the incredible 51-person volunteer team that helps produce and distribute the Checklist every week—not to mention the hundreds of thousands of people we reach every month on social media. We’re a community, and we’re braver together.

Our community is taking a big leap together.

Right after the Checklist went viral (Feb 2017), I felt called to return to the Camino one final time. As the Checklist has continued to grow, I have wondered about canceling this soul-filling experience to stay stateside. But then a friend asked me: “Do you want to give the president that kind of power over your life?” I do not.

Then the community magic started to happen. I bought the tickets in January of this year, and our team and I began planning how to run the Checklist in my absence. We’ve been working overtime to train everyone on their roles and set up systems for communication and full continuity.

It is so moving to witness these incredible volunteers stepping up and affirming their dedication to be a light in these times. They have created the last two Checklists almost completely on their own. They will be doing several more before I leave the country. They are incredible, smart, thoughtful people. I could not be more proud of us and the work we’re doing to ensure that kindness, welcome, and justice prevail.

Keep using the Checklist. Please. 🙂 When I return, I will be making a couple of big, exciting announcements about creating in-person community in 2020. You will be invited. I can’t wait!

In the meantime, I ask you to consider these three requests:

Let’s go be brave together.