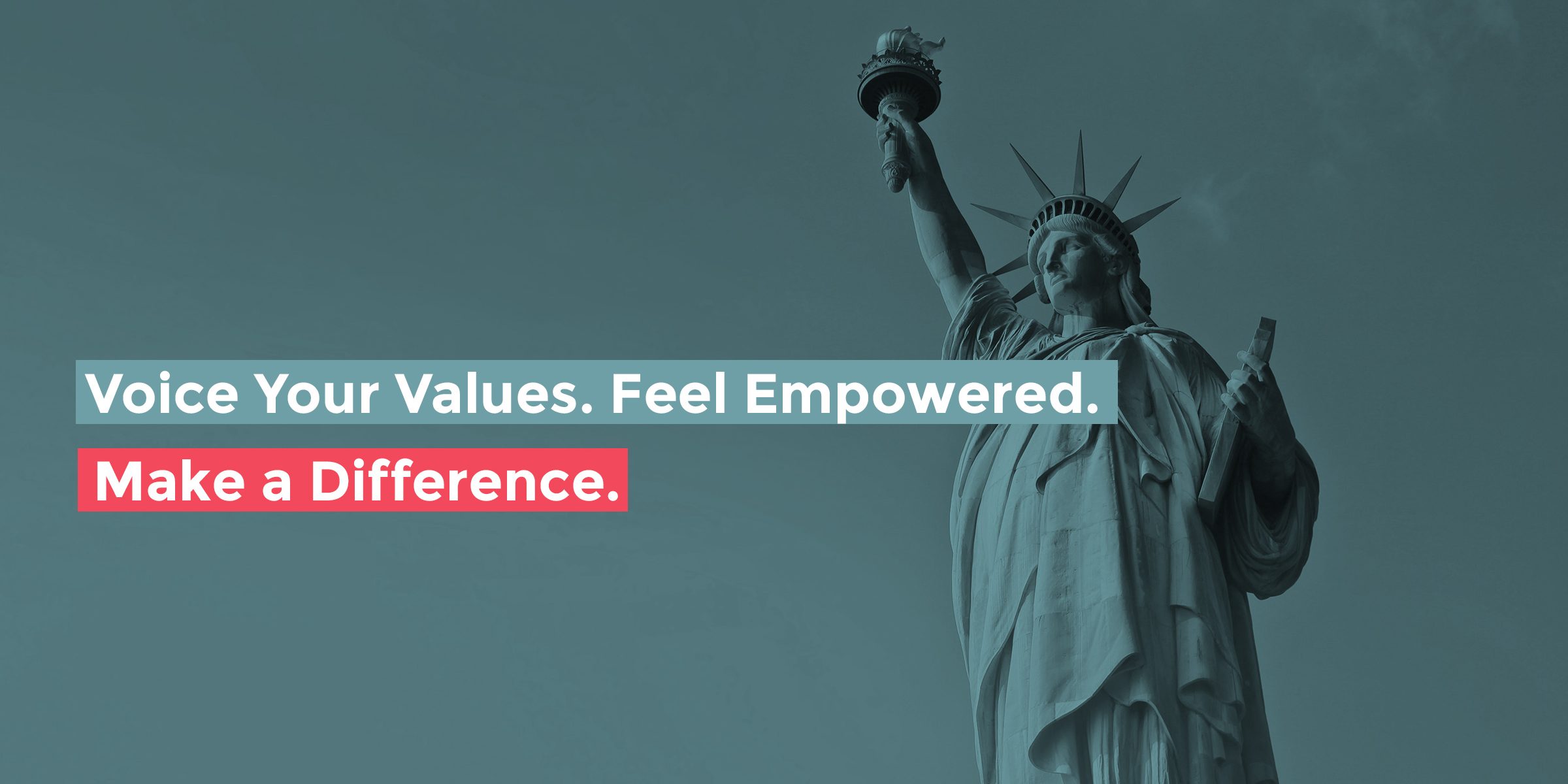 176 weeks down, 47 weeks to the presidential election.

Our team nominated this list of organizations doing good work in American democracy. Help us spread light this season.

Enrollment for 2020 health insurance is open until December 15. Note: 1. The cost may be lower than you expect. 2. The ACA prohibits discrimination against LGBTQ people. 3. Healthcare.gov provides complete plan information. To get no-cost help signing up, call 1-800-318-2596 or visit localhelp.healthcare.gov.

Call: Your two senators and one House rep (look up).
Script: Hi. I’m calling from [ZIP] because I’m concerned that our legal system imprisons so many people of color for minor drug offenses. The MORE Act, just passed by the House Judiciary Committee, would help address the situation by decriminalizing marijuana at the federal level and requiring courts to expunge some of these convictions. Can I count on [NAME] to support this legislation (H.R.3884/S.2227)?

Write: The President, The White House, 1600 Pennsylvania Avenue NW, Washington D.C, 20500.
Script: Dear Mr. President, I’m writing to demand that Stephen Miller be removed as your senior advisor. A collection of emails by Mr. Miller revealed his active support for white nationalist ideas, prompting justice advocates to call for his firing. I join them in insisting that hateful ideas risk fueling hateful acts and have no place in our government. [Share your personal concerns and values about equality.] Thank you.

Call: Your two senators (look up).
Script: Hello, I’m calling from [ZIP] to express my support for the Temporary Protected Status (TPS) program in America. It is our constitutional responsibility to provide refuge to those seeking sanctuary in our country, yet people with TPS status who have lived, worked, and paid taxes in the U.S. for years experience perpetual uncertainty as their protected status is repeatedly threatened. I’m asking [NAME] to pick up where the House left off and promote legislation to save the TPS program and create permanent protections for current TPS holders.

The Mexican government is holding migrants against their will as they attempt to seek asylum in America. These individuals and families have been forced to flee violence and unrest in their home countries, and instead of providing them the security and relief that they are legally entitled to, the current administration has actively abandoned them, as have many European governments
Donate: To the Black Alliance for Justice Immigration (BAJI) DonorBox campaign, which will directly fund meals and drinks, hygiene products, tents, translators, and affordable and accessible legal services to Black migrants being forcibly held in Mexico.

Call: Your one House rep (look up).
Script: Hi, I’m a constituent from [ZIP], and I want all citizens to be able to exercise their right to vote. The Voting Rights Advancement Act of 2019 would curb the sharp increase in discriminatory voter suppression laws by restoring key provisions of the Voting Rights Act (which has always had strong bipartisan support). Can I count on [NAME] to vote YES on H.R. 4 when it comes to the House floor this week? Thank you.

If you live in IN, KS, KY, LA, MO, NJ, TN, or TX: Call your state’s election official (look up) and two state legislators (look up).
Script: Hi, I’m a resident of [ZIP], asking you to replace the dangerously vulnerable electronic voting machines in [STATE] before the 2020 presidential primary election. New machines must meet modern security standards, which include allowing voters to hand-mark their ballots (with accommodations for disabled people) and verify that their vote is counted. Thank you.

From the Department of Democracy-Is-Still-Working

Tweet: Even amid the chaos, we choose hope. At @AoCChecklist, we believe that together we can make a difference and change the future. Join us in taking action this week: https://americansofconscience.com/12-8-2019/

Post on Facebook: Even amid the chaos, we choose hope. At Americans of Conscience Checklist, we believe that together we can make a difference and change the future. Please join us in taking action this week: https://americansofconscience.com/12-8-2019/

Repost the Checklist on Instagram: See the latest at @aocchecklist https://www.instagram.com/aocchecklist/

Note: The AoC Checklist is always ad-free and no-cost. If you’re able, please support this full-time effort. Right now, we’re especially looking for people to sign up for $3 of support per month on patreon (but a one-time paypal gift is welcome too!).