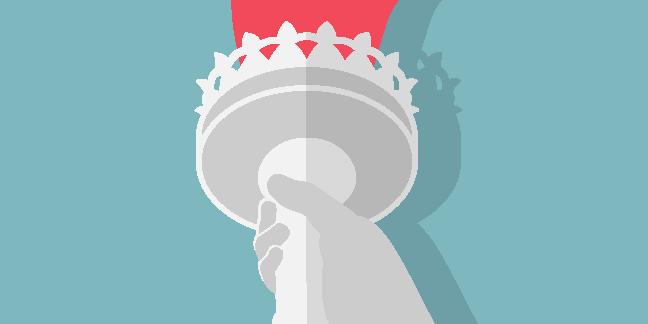 176 weeks down, 47 weeks to the presidential election.

Our team nominated this list of organizations doing good work in American democracy to spread light this season.

The current administration has introduced a rule that would allow agencies and organizations funded by the Department of Health and Human Services (HHS) to discriminate against LGBTQ+ families and individuals. This would reduce the pool of qualified adoptive and foster parents, and prioritize discriminatory beliefs over the needs of the 400,000+ children in the foster care system.

Submit a comment: Through Every Child Deserves a Family by December 19th using these tips: 1) Introduce yourself. 2) State why you oppose the proposed rule based on your values and, if applicable, 3) Share a story about your experience with the adoption and/or foster care systems in the U.S.

Call: Your two senators and one House rep (look up).
Script: Hello, I’m from [ZIP] and I’m calling to express my support for the Universal School Meals Program Act. With one in seven children in America experiencing food insecurity in their homes, universal free meals can ensure that all children receive the nutrition they need for learning in a stigma-free environment. I would like [NAME] to end lunch shaming and co-sponsor S. 2609 / H.R. 4684. Thank you.

Submit a written comment in your own words: On Regulations.gov via the blue “Comment Now!” button by Monday, December 16th at 11:59pm ET stating why you oppose the proposed requirements based on your values and the points below.

Script: Hello, I’m calling from [ZIP] to express my disgust at Customs and Border Protection’s (CBP’s) inexcusable arrests of doctors attempting to provide free flu vaccines to children detained in Immigration and Customs Enforcement (ICE) concentration camps. In addition to prioritizing intentional cruelty, denying life-saving vaccines to children being held in unsanitary conditions increases the risk of a major epidemic. In the past year alone, three children have died from the flu while in ICE custody. I urge [NAME] to allow Doctors for Camp Closure or some other healthcare organization to vaccinate detainees for the flu, in order to potentially save thousands of lives and prevent the spread of this virus within and outside of these detention centers.

▢ Action: Advocate against dangerous and unlawful practices at the border. [h/t AILA]

Call: Your two senators and one House rep (look up).
Script: Hello, I’m calling from [ZIP] to express my continued concern about the expansion of the Remain in Mexico (RIM) policy, which denies vulnerable people their legal right to sanctuary in the U.S. Families and individuals are still being forced to wait in dangerous conditions, usually without legal representation, until they’re called to appear in an impersonal makeshift tent court that, unlawfully, does not allow public access. I expect [NAME] to take action to end RIM and, in the meantime, demand that these tent courts be opened to the public.

The congressional recess scheduled to begin December 16 isn’t a holiday break—it’s called a work period, and is intended to allow time for members of Congress to meet with their constituents (part of their job). Encourage them to hold town hall meetings during this time.

Call: The local offices of your two senators and one House rep: (look up).
Script: Hi. I’m a constituent from [ZIP]. Can you tell me when [NAME] is holding town hall meetings in [TOWN] during the December recess?
— If no meetings planned, add: It’s important for [NAME] to meet with their constituents. Can you let me know when they plan to hold the next town hall?
— If meetings planned: Thank you! I plan to be there.

Young adults encounter many barriers to voting because they move more often than older adults, are less likely to have current identification, and are seldom contacted by traditional political campaigns. If you know any students, help them participate in democracy by telling them about the Campus Vote Project’s guides to student voting in every state.

Check to see whether your local college is listed as a Voter Friendly Campus. If no, send a note encouraging campus participation in the program. If yes, send a letter to the school’s president thanking them for supporting civic engagement.

Thank Art Acevedo, Houston Police Chief, for using his platform to advocate for the needs and rights of people protected by the Violence Against Women Act and for sensible gun safety laws. [Share why you appreciate the support of law enforcement officers who prioritize citizen safety over politics.]
Address: Houston Police Department, 1200 Travis Street, Houston, TX 77002

Thank Geoff Babb, AdvenChair inventor, for expanding access to the outdoors for people who use wheelchairs. [Share why you appreciate removing barriers to more joy and adventure.]
Address: The Onward Project LLC, 20841 SE Westview Dr., Bend, OR 97702

Tweet: Look beyond the polls and breaking news. Join us in speaking up with our neighbors who are hurt most by this administration: https://americansofconscience.com/12-15-2019/

Post on Facebook: Look beyond the polls and breaking news. Join us in speaking up with our neighbors who are hurt most by this administration: https://americansofconscience.com/12-15-2019/

Repost the Checklist on Instagram: See the latest at @aocchecklist