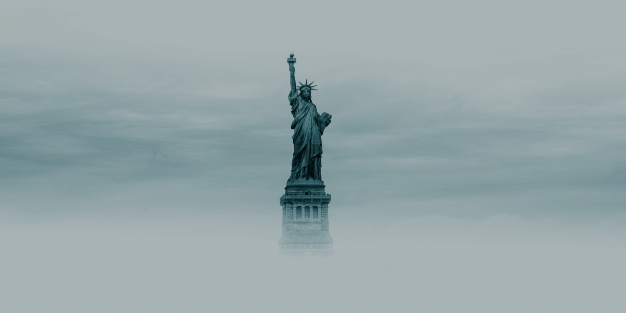 204 weeks down, 23 days to the presidential election.

The actions below ensure three things: that our votes are secure, that every citizen can vote, and that every vote is counted.

Action 1: Pledge, prepare, and vote. [Sources: When We All Vote and League of Women Voters]

Research shows that prospective voters who pledge to vote are more likely to actually cast a ballot. Use that psychological boost!

Step 1: Pledge to vote. When We All Vote and the League of Women Voters each have online pledges.

Step 2: Prepare to vote. If voting by mail, find the laws for your state, read all the instructions thoroughly, and avoid common mistakes.

Step 3: Vote! Mail your ballot no later than October 20, or follow our safe voting checklist if voting in person (early or on Election Day).

Bonus: Encourage your friends to pledge to vote, and share the fact that you pledged on your social media accounts.

If you live in AZ, CA, DC, FL, GA, LA, or TX: Your jurisdiction already prohibits guns at polling places. Consider making a tax-deductible donation to the Education Fund to Stop Gun Violence.

If you live in any other state: Contact your state’s governor (look up).

Script: Hi, I’m a resident of [ZIP] and I believe [STATE]’s voters should be free from armed intimidation. While private militias and armed law enforcement are barred from polling places, individuals are still permitted to bring guns to polling places. I urge you to follow Amnesty International’s recommendation and issue an executive order banning guns at and near polling places. Thank you.

Post-election audits provide evidence that election results are valid. Although audit requirements differ from state to state, citizens have the right to observe audits. You can help verify election results, submit Freedom of Information Act requests, collate information on local election and media policies, and more.

Learn more about election audit volunteer opportunities from at home and online:

If you experience or witness any type of voter intimidation at polling places or ballot drop locations, report it immediately. Every informed citizen can play an active role in making elections safer.

Report to your local elections officials (look up).

Script: I’m writing in solidarity with the Oceti Sakowin leaders to ask that Liberty Mutual end its business relationship with the TC Energy Corporation based in Calgary, Canada. Its KXL pipeline will directly impact the treaty rights, cultural & natural resources, and water rights of tribal nations along its route. As such, this tar sands pipeline, and by extension Liberty Mutual’s connection to it, threaten Indigenous land and the people who depend on it. Thank you for your prompt attention to this matter.

Submit a comment: On the Federal Register by November 2 using these tips: 1) Introduce yourself. 2) State why you oppose the administration’s proposal to ease requirements for issuing oil and gas leases that would also minimize public input. and if applicable, 3) Share a story of how you benefit from and/or value national forests. Review this article and *personalize* the points below (scripted comments are not counted):

Call: You two senators and one House rep (look up).

Script: Hi, I’m calling from [ZIP] in response to the administration’s new, narrowed parameters on how race and sex stereotyping may be addressed in federal diversity training programs. I believe full engagement with such topics is more important than ever to grapple with past and current inequities. I’m asking [NAME] to publicly endorse the Congressional Tri-Caucus Chairs’ statement on this executive order and join their call for reversing it. Thank you.

Script: Hi. I’m calling from [ZIP] to ask that [NAME] oppose Amy Coney Barrett for the Supreme Court on the basis of her past critiques of the Affordable Care Act. More than 100 million people would lose coverage due to pre-existing conditions if the ACA is overturned, now an even greater threat because of the pandemic. I believe healthcare is a human right. Please vote against her confirmation. Thank you.

Script: Hi, I’m among the 74% of voters who support prompt Senate action on the updated Heroes Act (H.R. 8406) passed in the House. Millions of Americans continue to struggle from the pandemic, and this bill includes critical provisions for preventing homelessness and covers immigrants who were excluded from the last bill, many of whom work in frontline jobs. Please vote for its passage.Thank you.

Script: Hi, I’m calling in solidarity with Native leaders and advocates to support reauthorization of the bipartisan Special Diabetes Program for Native Americans that is set to expire on November 30th. The disease is prevalent among the Native community, and continued treatment and prevention resources are critical for vulnerable people during this pandemic. I’m asking [NAME] to support passage of S. 3937. Thank you.

The Department of Justice is proposing new rules that would effectively end asylum in the U.S. These rules entail hurdles–including a 12-page application in English and a $50 fee within 15 days (down from 365) of their first court hearing.

Submit a comment by 11:59pm ET on October 23rd: Via Immigration Justice Campaign (click Take Action) or directly on the Federal Register.

Only unique comments are counted. Use some of the talking points below to personalize your message:

Script: Hello, I’m calling from [ZIP]. With almost 30 million refugees around the world, I believe the U.S. has a legal and moral obligation to welcome people fleeing violence, persecution, and war. I don’t support the president’s attempts to cut refugee resettlement admissions to 15,000 in 2021. I would like [NAME] to reject the administration’s historically low proposal for 2021 and commit to rebuilding the refugee resettlement program to 95,000 admissions. Thank you.

Thank Rep. Nanette Diaz Barragán (D-CA) for protecting the health, well-being, and right to consent to treatment of women held in ICE custody. [Share why you appreciate advocacy that demands human rights and basic decency for all people.]

Thank Rep. Gerry Connelly (D-VA) for advocating against human rights abuses. [Share why you appreciate holding human rights violators accountable for their atrocities, regardless of their political relationship to the U.S. government.]