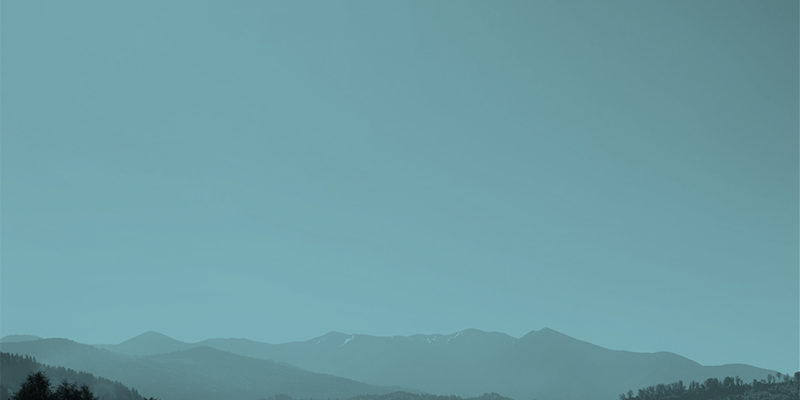 170 weeks down, 37 weeks to the presidential election.

Note: Every action on the AoC Checklist is now *clickable*. Help us track our collective impact by clicking any action you complete within two weeks of the publish date, and we’ll count it in our monthly tally.

Submit a comment: On the Federal Register using these tips: 1) Introduce yourself. 2) State why you oppose the administration’s proposal to allow appeals judges to decide disability benefit cases and, if applicable, 3) Share a story of how you or a loved one are impacted by Social Security disability benefits. Review this article and personalize the points below. (Scripted comments are not counted.)

Script: Hi. I’m calling from [ZIP], because voting rights are fundamental to democracy. Since 2013, a Supreme Court ruling has allowed states to enact practices like ID laws and purges that impede voting by the elderly, Native Americans, and other vulnerable communities. I’m asking [NAME] to support the Voting Rights Advancement Act (S. 561) to protect every citizens’ right to vote. I also want [NAME] to urge the Majority Leader to advance this bill immediately since it passed the House nearly three months ago.

▢ Action 3: Speak up with American citizens who have no representation. [h/t Leadership Conference, Women’s March]

Script: Hi, I’m a constituent from [ZIP], concerned that residents of Washington, DC have no voting voice in Congress, despite paying taxes like all other citizens. I would like [NAME] to support DC statehood and the rights of the 700,000 Americans who live there. It’s long overdue. (For House reps: Please vote for H.R. 51 when it comes for a vote; for senators: Please co-sponsor S.631.)

Script: Hi. I’m calling from [ZIP], because I believe in caring for people in need. The president’s budget proposal shreds the safety net while extending tax cuts for wealthy Americans. I want [NAME] to reject this budget. Specifically, I ask [NAME] to oppose cuts to Medicare, Medicaid, Social Security, SNAP, and ACA subsidies. [Share any personal impact of these programs.] Thank you.

▢ Action 5: Advocate for the safety of those fleeing for their lives. [h/t Human Rights First]

Script: Hello, I’m calling (again) from [ZIP] to express my continued outrage at the unconstitutional Migration Protection Protocols (MPP) or Remain in Mexico (RIM) policy, which to date has forced nearly 60,000 vulnerable individuals seeking sanctuary in the U.S. to wait for months in notoriously dangerous parts of Mexico. In violation of U.S. laws and treaties, trials are being held via video conferencing in makeshift tent courts with no translators or legal representation available. I want [NAME] to act to reassert Congress’ role in creating a functional, secure, and humane immigration policy for our borders. I want [NAME] to defund MPP and allow public access to tent courts.

Script: Hello, I’m calling from [ZIP] to express my strong support for the NO BAN Act, which challenges the current administration’s authority to enact and expand on travel bans that specifically target majority-Muslim countries. We cannot allow any branch of government to create policies based on discrimination and bigotry, especially with no evidence of a threat to national security or public safety. I would like [NAME] to co-sponsor H.R. 2214 and make a public statement of support.

Bonus: If your representative has already co-sponsored this bill (check here), reach out to say thank you.

Script: Hello, I am calling to make two demands regarding the LaSalle Detention Facility asylum seekers who are hunger striking to reclaim their dignity and basic freedom. First, stop subjecting them to force-feeding or force-hydration, as both are human rights violations that defy medical ethical guidelines and basic decency. Second, release them immediately to receive urgent medical attention and be with their loved ones while their legal asylum cases are proceeding. Thank you.

Script: Hello, I’m calling from [ZIP] to express my support for the New Way Forward Act. Current immigration practices in the U.S. inhumanely punish the legal act of seeking asylum and citizenship in our country, fueling racist rhetoric and resulting in racial profiling, horrific detention conditions, and the cruel treatment of those trying to build a better life. I would like [NAME] to support a more tolerant approach to immigration by co-sponsoring H.R. 5383. Thanks.

Call: Or write your state election official (look up).

Script: Hi. I’m a resident of [STATE] and am calling/writing to support efforts to prevent security breaches in our voting systems. I’d like to know whether [STATE] has these three features that make my vote safer?

If not, I urge [NAME] to resolve these vulnerabilities. Thank you for your time.

Contact: Any American citizens you know who are out of the country.

Script: If you are one of the 9 million American citizens living in another country, allow me to encourage you to exercise your right to vote. Voter turnout among American expats is often low; your vote can change that. Check the voter registration deadlines for the U.S. state in which you last lived, check your eligibility to vote, and request your absentee ballot. Thank you for participating in democracy.

Bonus: Share this action on your social media accounts.

▢ Action 11: Advocate for cybersecurity at the federal level.

Script: Hi. I’m from [ZIP] and I’m calling because I don’t want foreign governments to influence the outcome of U.S. elections. Although the Senate has blocked crucial election security bills, new bills have just been introduced by bipartisan lawmakers in both the House and Senate that would help states coordinate their cybersecurity efforts with the federal government.

For your senators: Can I count on [NAME] to cosponsor S. 3207, the Cybersecurity State Coordinator Act? Thank you.

For your House rep: Can I count on [NAME] to cosponsor H.R. 5823, the State and Local Cybersecurity Improvement Act? Thank you.

Thank Reps. Jackie Speier (D-CA) and Trent Kelly (R-MS) for your bipartisan collaboration in holding hearings on the growth and prevention of white supremacy in the military. [Share why you appreciate efforts to shed light on this concerning trend.]

Thank Reps. Jerry Nadler (D-NY) and Nydia Velazquez (D-NY) for demanding accountability for violence committed by ICE officials in New York. [Share why you appreciate those who insist on due process and fair treatment to everyone.]

Thank Rep. Danny K. Davis (D-IL) for introducing legislation that would memorialize the legacy of Booker T. Washington and Julius Rosenwald for providing educational opportunity for Black students. [Share why you appreciate preserving institutions that embody American values and equality.]

Thank David Rubin, President of the Academy of Motion Picture Arts and Sciences, for Taika Waititi’s acknowledging the Tongva, the Tataviam, and the Chumash—the indigenous people on whose land the Oscar awards ceremony was held. [Share why you appreciate public acknowledgment of colonialism.]

Thank five House Republicans for voting to revive the Equal Rights Amendment. [Share why equality for women matters to you.]

Note: The AoC Checklist is always ad-free and no-cost, but we are in need of a boost. If you’re able, please support our efforts on patreon with a small monthly contribution. See other ways to support us here.